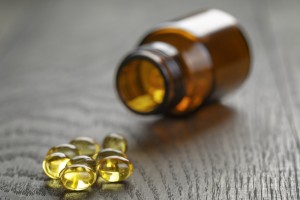 When most people think of DNA testing, they’re probably quick to think of procedures that are used to prove or disprove paternity. While these are certainly some of the most important results a DNA test can provide, they’re far from the only ones. In fact, DNA testing is now being used to bring transparency and improvements to the wide world of health supplements.

The Trouble With Supplements

In a battle that had been brewing for some time, New York Attorney General Eric Schneiderman finally ordered drugstores and supplement retailers to discontinue selling products that an investigation found to be dangerous or fraudulent. These major companies included:

GNC was one of the first companies to react. Even though the retail giant already had the paperwork to prove their supplements were allegedly safe, they agreed to take measures a step further. GNC agreed to implement a brand new way of proving the compliancy of supplement: DNA testing.

DNA testing is setting the new standard in supplement safety. These tests can help prove the origin of herbal supplements, as well as break down their ingredients to ensure they are pure. It protects consumers against the largely unmonitored and under-regulated supplement industry that has been known to fill our shelves with fraudulent herbal products. The tests act as a “DNA barcode” that aim to prove authenticity.

Unlike paternity testing, which provides a decisive result, there are still variables in supplement testing. Stray ingredients and manufacturing substances can still show up in DNA tests for supplements even though they may not necessarily be in the product. Additionally, DNA tests do not yet offer a quantitative break down of ingredients. They can only tell us what’s in a product, not how much.

The Future of Supplement DNA Testing

Although there are still kinks to be worked out, DNA testing for supplements is a step in the right direction. These tests begin to place a growing emphasis on transparency in an industry where there is virtually none and put control back in the hands of consumers.